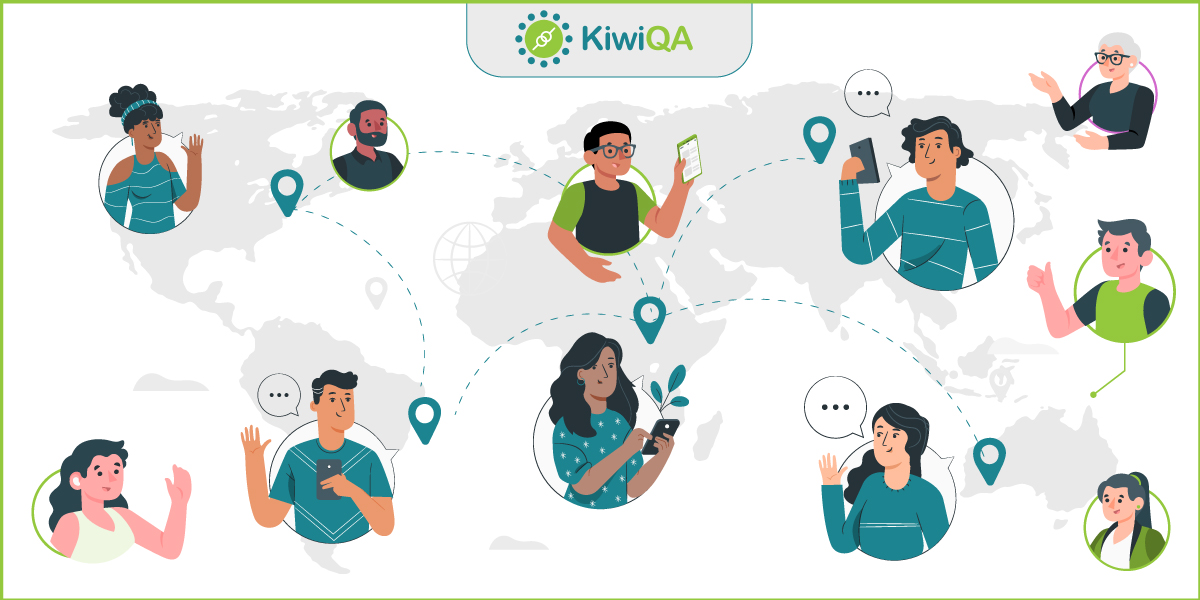 Software testing is a very diversified field! This also means that it becomes unviable for enterprises to have in-house workforce for performing all the forms of testing that are relevant to the project. This is where enterprises can leverage the advantage offered by ​​crowdsourced testing (or crowd testing).

Crowd testing can turn out to be super advantageous since companies can take support of the collective intelligence of the crowd testers. Many organizations also seek advice from crowd testing services company since they have the experience of working with crowd testers from across the globe.

In this blog, we deep dive into the various aspects of crowd testing and how enterprises can build a formidable crowd testing strategy. So, let’s get started with crowdsourced testing…

What is Crowd Testing?

The major advantage of crowd testing is that testers from different domains can be engaged to find bugs in the product. The testers are compensated for the effort that they put in unearthing bugs.

Using crowd testing, enterprises can leverage the capabilities offered by a diverse set of QA (or test) professionals from across the globe. Crowd testing is particularly beneficial for testing mobile applications, as testers can help in testing different aspects of the app on a range of mobile view ports. Over & above, enterprises can save huge costs since they do not have to hire testers (on a permanent payroll).

Many companies also partner with outsourced testing vendors since it helps them test products at a faster pace. Though crowd testing and outsourced testing offer similar kind of benefits, there is a huge difference between the two approaches of testing.

Outsourced testing is an approach where enterprises engage an experienced testing vendor like KiwiQA to accelerate their testing efforts. Depending on the domain expertise of the vendor; enterprises can engage the outsourced QA team for automation testing, manual testing, security testing, and more.

Crowd testing can be used to a great extent in beta testing of applications, since crowdsourced testers can help in unearthing bugs thereby helping build a shippable product. Rather than engaging with individual crowd testers, it is always recommended to partner with a crowd testing company like KiwiQA so that you can reap the benefits of all the forms of testing (including crowdsourced testing).

For starters, globalization testing (or internationalization testing) is a form of testing where the product features are tested from different geolocations. This is particularly required when you are developing a product (or application) for the global market.

On the other hand, localization testing is a form of testing where the product features are tested at scale for a specific locale. For example, a global e-commerce website in India needs to test whether the content and other localized features are working as per the expectations.

Rather than involving the internal QA members in the beta testing process, it is recommended to involve crowdsourced testers from different geographic locations. The major benefit of this approach is that the beta testing can be performed by testers with varied skills, that too on different mobile devices (and view ports). Though the testers would have to be compensated, the ROI will be significantly higher in comparison to hiring in-house testing talent.

Along with crowd testing, companies can also leverage the benefits of automation testing, manual testing, stress testing, load testing, and more. Hence, the overall package can turn out to be highly cost-effective in comparison to engagement with the crowd testing community at an individual level.

Websites and applications can act differently on different browsers due to the underlying difference between the rendering engines used by the browsers. Cross browser issues can hamper the user experience and also lead to a loss in sales.

Crowd testing can be used for testing the website (or web application) on different browsers and operating systems. This strategy will be useful in unearthing cross browser bugs at an accelerated pace.

Consider a scenario where the end-users have endless issues in using or navigating through the website (or application). This experience can be a big turn-off for the users who might end-up abandoning your product (or service).

This is where crowdsourced testing can be extremely beneficial since testers can perform usability tests at scale. This will help in faster detection and resolution of usability issues which in turn will be beneficial in accelerating the time-to-market (TTM).

We are not claiming that usability testing can only be performed by crowdsourced testers but it is more economical than hiring a pool of in-house testing talent.

Crowdsourced testing is a great option where enterprises (as well as startups) want to leverage the collective knowledge of the global QA community. Rather than associating with individual crowdsourced testers, it is recommended to partner with an outsourced QA services vendor like KiwiQA that has expertise in executing crowd testing projects at a large scale.

Companies can benefit significantly with the above mentioned approach since they can leverage the benefits offered by outsourced testing and crowd testing in a single go!