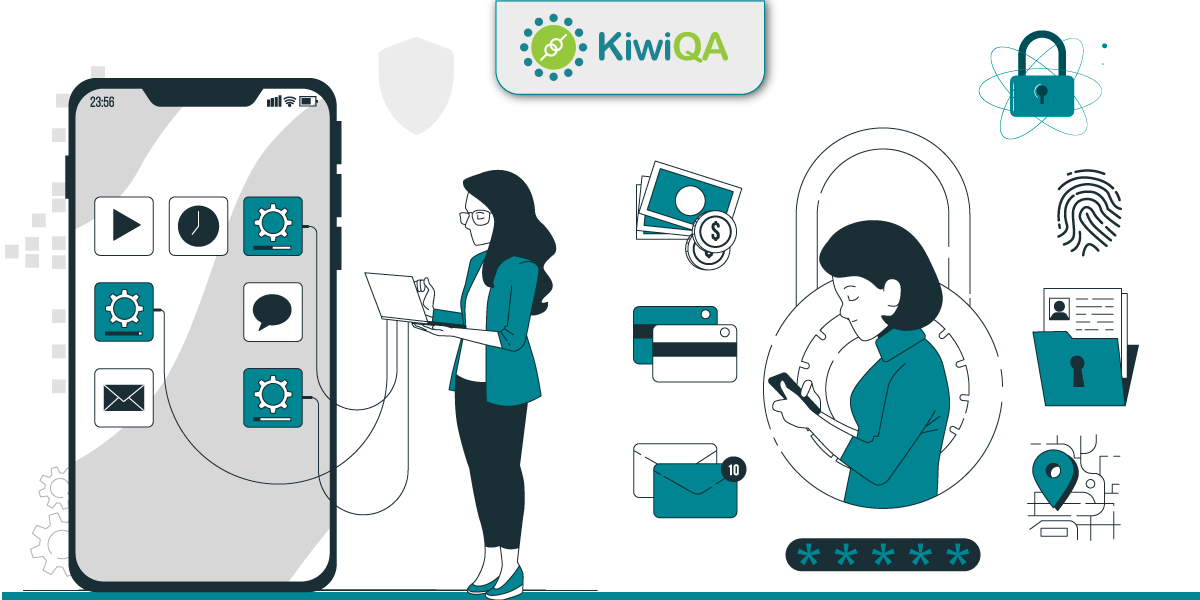 Do you know that close to 54 percent[1] of the worldwide web traffic is from mobile devices? Global smartphone makers are also looking at lowering prices to meet the growing demands. However, this explosive growth has also led to an exponential demand for different types of mobile applications.

There are a number of mobile applications where users enter personal details and perform financial transactions using modes like credit cards, debit cards, online banking, etc. Any security loophole in the app can be exploited by malicious actors to gain access to the crucial private information that is lying in the mobile device.

Security lapses (or breaches) in the mobile app can be prevented or mitigated with exhaustive penetration testing. Mobile app security is extremely critical from a user’s point of view. Hence, app developers as well as enterprises are leveraging pentesting (or penetration testing) to test the IT infrastructure, database security, web application, and other aspects related to the mobile app.

On the whole, mobile pentesting must be considered as an integral part of the overall app security plan. It is recommended to partner with a proven penetration testing company in case you do not have in-house expertise in mobile app pentesting. In this blog, we will deep dive into the essential aspects of devising a top-notch mobile app pentesting strategy.

What is Mobile App Penetration Testing?

As the name indicates, mobile app penetration testing emulates a real-world attack on the app to detect the security vulnerabilities in the app. The mobile app pentesting strategy is aimed to detect issues on the front-end, back-end (or databases), binary compile problems, and sensitive data storage.

Just imagine the gravity of the damage in scenarios where sensitive data (e.g. username, password, etc.) is stored as normal strings in the back-end. Hackers could also sell this sensitive data on the dark web marketplace[2]. Such a situation can be avoided by making mobile app pentesting a regular feature in the big scheme of things.

Pen testers are expected to have in-depth knowledge about mobile app environments so that they can create test scenarios that help identify security vulnerabilities in the app. A scalable mobile app penetration testing strategy includes both manual as well as the automated approach to testing.

Also Read – Things You Should Know About Penetration Testing

Now that we have touched upon the important concepts of pentesting of mobile applications, let me cover the best practices for pentesting.

Before you can start running penetration tests on the mobile application, it is essential to formulate a plan that outlines the following:

Some practices of mobile app testing in one mobile OS environment (e.g. iOS) can be replicated with ease in other environments. The practices outlined in OWASP cheat sheet is a good starting point for creating a formidable mobile app pentesting plan.

Like any other form of testing, you need to focus on creating a testing environment that is suited for running penetration tests. There are tools that let you jailbreak the iPhone so penetration tests can be performed on iOS applications.

Android and iOS penetration testing must be considered an integral part of the application’s security audit. Improper platform usage, insecure authentication,  insecure authorization, code tampering, etc. are some of the vulnerabilities that must be looked into when running pen tests on mobile apps.

There are a number of options when it comes to penetration testing of mobile applications. You will have the option of premium as well as open-source tools. The choice of tool purely depends on the testing environment.

Wireshark, OWASP ZAP, TCPDump, AppCrack, and Apktool are some of the most popular mobile app penetration testing tools. Along with the project requirements, you must also have a detailed look at the in-house expertise with pentesting tools.

Onboarding an experienced penetration testing services company like KiwiQA can be highly beneficial in such cases, as you can make a well-informed choice when choosing pentesting tools.

The saying ‘one size fits all’ approach does not apply to mobile app pentesting. Test scenarios being developed for pentesting of e-commerce applications can be drastically different from that of a fintech application.

Also Read – How To Perform Penetration Testing For E-Commerce Applications?

Irrespective of whether you are testing an iOS app or an Android app, the app will be downloaded from the server. Apart from the official iOS store and Playstore, companies leverage the use of app distribution platforms to improve the app’s reach.

As a party of server attacks, you must check about unauthorized and authorized file uploads. Both Playstore and iOS app stores have authentication mechanisms in place between the smartphone and the server. These must be checked thoroughly to ensure that no vulnerabilities exist when there is communication between the phone and the corresponding server (from where the app is downloaded).

Intercepting the network traffic must be considered on priority in the mobile app pentesting strategy. Network sniffers must be used extensively for sniffing (or monitoring) the network traffic for vital information like protocol used, monitoring network requests & data packets, and more.

It is important to ensure that the data is secure, whether it is in transit or in rest. As a part of network attacks, the pentesting team must examine the authentication, authorization, and session management mechanisms.

Wireshark, Windump, TCPDump, Auvik, and NetworkMiner are some of the most widely used network sniffing tools.

Most applications make use of the OAuth mechanism along with other third-party APIs. As a part of mobile app penetration testing, you have to ensure that sensitive data is not stored on third-party servers.

Frequent checking of buffer overflows and the potential of SQL-based injection attacks must be considered when conducting analysis at binary and file levels.

Penetration testing is critical in today’s times since it ensures that the app is secure from an end-user’s perspective. In this blog, I covered the best practices for pentesting of mobile applications. As mentioned earlier, you should choose the right tools for executing the pentesting strategy.

Many mobile app developers and enterprises prefer to partner with a company like KiwiQA that pioneers in offering penetration testing services. Rather than building an in-house team from scratch, it is recommended to onboard an experienced partner to execute mobile app pentesting strategy at a faster pace.