A step-by-step approach to roll out Mobile App Testing 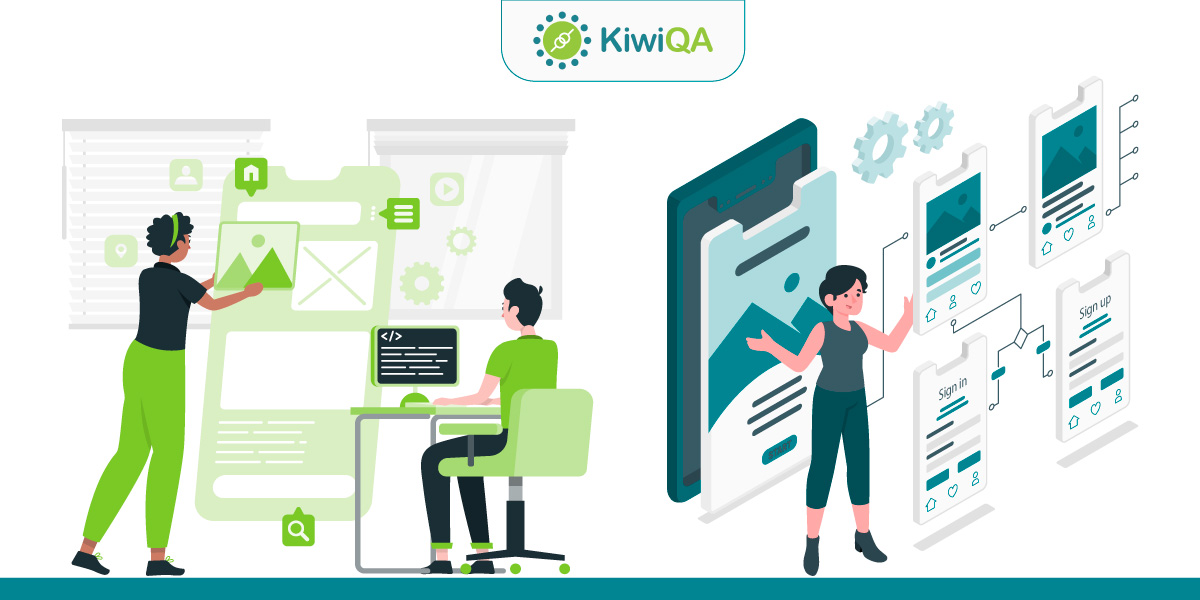 For a moment let’s travel back in time when mobile phone users had to shell out money even for incoming calls! Yes, you read it right! There was a time when owning a mobile phone was considered a luxury and consumers had to pay the mobile operator to receive calls 🙂

Now, let’s come back to the present 🙂 You might be relieved that mobile phones are no longer a luxury and consumers can use the hand-held device devices to do much more than making calls! Online shopping, online banking, online entertainment, ticket booking, etc. are some of the things that can now be executed on the click of a button.

It is worthwhile to note that smartphone and internet proliferation is a phenomenon that is no longer limited to developed countries. As per a GSMA report[1], mobile technologies and services generated close to 4.7 percent of GDP across the globe. The rollout of 5G will only push the numbers further!

Since mobile applications (or apps) are an integral part of the mobile ecosystem, businesses are on the lookout to release (or update) mobile apps to keep their users hooked on to their platform. Buggy mobile applications can hamper your growth plans and tarnish your brand name. This is why mobile app testing must be considered on the same priority as mobile app development.

Mobile app testing is a crucial element in the mobile app development lifecycle. Remember, there is no point in adding numerous features in the app if they are not working as they should be! For starters, mobile app testing can be considered very much similar to web app testing, except that here the testers would be testing mobile apps (hybrid, native, web apps).

What is Mobile Application Testing?

Mobile application testing is the process of testing the various aspects of an app on real devices or emulators (and simulators). The primary focus of app testing is to verify the features from reliability, functionality, and usability point of view.

Emulator and simulator testing can be used for testing the functionalities offered by the app. However, performance level issues in the app cannot be resolved by testing on emulators & simulators.

This is where mobile app testing on real devices becomes extremely important, since the performance, security, and usability issues can be unearthed only when the apps are tested on real devices.

Depending on the type of test scenarios, you could choose from manual app testing or automated app testing. Appium, XCUITest, EarlGrey, Robotium, etc. are some of the most popular automation frameworks for mobile application testing.

Keen to know what framework to choose or what approach to pick? If so, read on as we look into the essential steps to app testing.

First things first, you cannot use automated testing to test each and every test scenario. Akin to web testing, achieving 100 percent test coverage is a myth!

Here are some of the pointers that can help you in choosing the automation or manual route to test your app:

Design and Development of Test Scenarios

By the end of the first step, you would have identified the functionalities that you plan to test using manual and/or automated testing. The next step is to give wings to those test scenarios by designing and developing the same.

The major difference between a website and mobile app is that the mobile app tests need to take into consideration of the different user journeys – a factor that plays a vital role in customer retention.

Based on the above pointer, you could devise the tests from the angle of “functionality and reliability” as well from the lens of “business objective”. Irrespective of the category being chosen, it is important to perform thorough functional and non-functional mobile app testing.

Balance of Manual and Automated Testing

Now that test scenarios are designed and developed, the immediate next step is to use the right mix of manual & automated testing to run those tests. During the early stages of app development, you could prefer manual testing over automated approach.

The primary reason is there won’t be many scenarios that need testing at early stages of app development. Exploratory tests must be a part of every sprint, since we never know how the end-user will use the apps 🙂

It is always a good practice to document the approach, time taken for test execution, and bugs identified in a simple document. This helps keep a track of the product quality improvements over time.

It is a known fact that manual testing is not a scalable approach to testing. Choose the right kind of mobile app testing framework (e.g. Appium, XCUITest, etc.) to test the UI elements in the app.

On the other hand, you should choose the best-suited load testing and stress testing tools to verify if the front-end & back-end components of the app work seamlessly across different loads. All the best practices like code reusability, maintainability, Page Object Models, etc. must be replicated in mobile app automation tests.

In case you have an MVP (Minimum Viable Product) ready and want to seek initial user feedback, you should open up the app access to a select set of users. This can be termed as Alpha testing where users will provide you critical feedback that will be further helpful in developing the product.

Beta testing is used when you already have a working app in the market but developers have added some enhancements as per the user’s feedback. It’s time to do a dry run of those newly added features. This is where beta testing can be really helpful, as it will help you figure out if the features have any side-effects or is there any real usage of the features.

Alpha and Beta testing of mobile apps help in building the feedback mechanism loop. Such feedback will further help in improving the mobile app from all perspectives!

The mobile app might work like a charm when fewer users are using the application. However, its performance might take a hit if a large number of users are simultaneously connecting to the app. Such an experience can be a turn-off for the users of the app.

On the whole, performance tests help you test the app at different loads thereby ensuring that its performance does not deteriorate when a large number of users are connected to the app.

App security is one of the integral aspects of the app, particularly for banking, e-commerce, and other such categories of apps where customers’ personal information are saved for future uses. Most apps also support login using OAuth (Open Authentication) APIs, there might be cases where there could be security vulnerabilities using the APIs.

This is where security testing becomes essential since it helps in performing security audits of all the areas of the application. WhiteHat Security, Veracode, Micro Focus, and Zed Attack Proxy are some of the popular mobile app security testing tools that are instrumental in identifying vulnerabilities in the app.

Depending on the type of mobile application, you might also need to adhere to the security guidelines proposed by PCI DSS (for payment related apps), HIPAA (for healthcare specific mobile apps), and FFIEC (for banking specific apps).

Apart from the above mentioned steps, you should focus on manual testing, exploratory testing, crowd testing, and other forms of testing that might be relevant to your application.

This is why mobile app testing becomes extremely crucial since it helps in testing the app in a rigorous manner. A mobile application testing company like KiwiQA can play a key role in supporting developers and enterprises with various forms of mobile app testing.