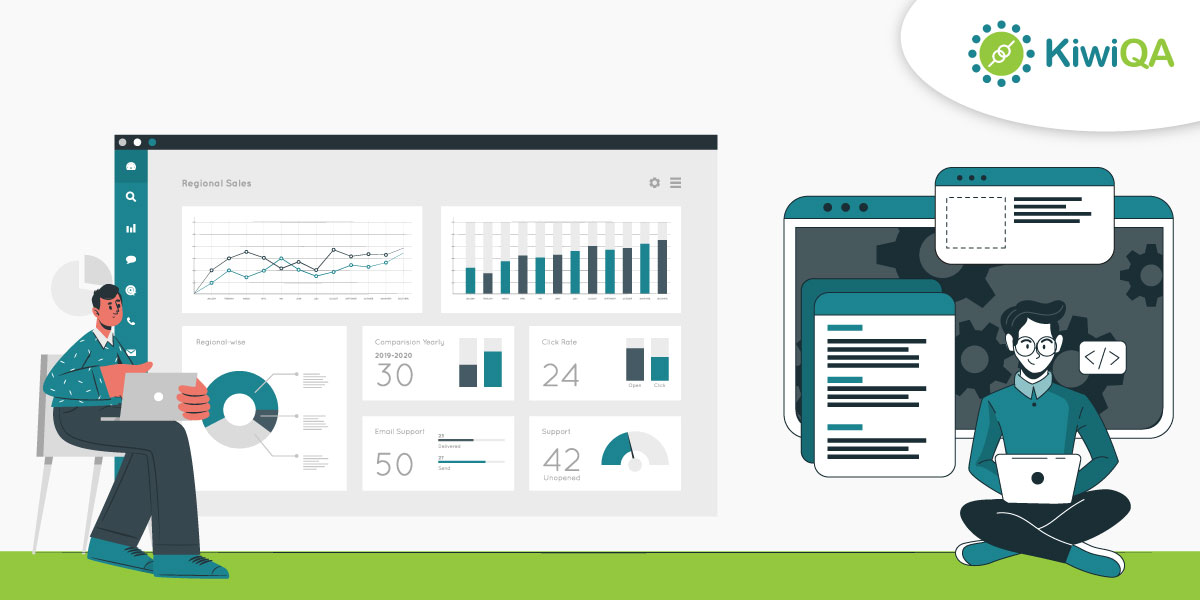 Consider a website (or web application) that is perfect when it comes to functional aspects but falters on the performance side of it. Alas, there is no point in providing endless functionalities that do not work at scale 🙁 This is where performance testing becomes an absolute must!

As a developer, you may want to woo your customers (or users) with new features but it should not come at the cost of scalability or performance. Many companies do not invest on performance testing tools (or frameworks), due to which performance issues are unearthed when the website is already available to the end users.

Banking institutions, e-commerce companies, and many other businesses can benefit by investing in performance testing since it enhances the usability aspects of the application. It also helps in reducing the operational expenses; thereby providing an opportunity to win customer’s trust.

So, let’s get started…

What is Performance Testing?

Performance testing is the process of evaluating the features & functionalities of the product from a performance standpoint. The evaluation is done from the scalability, reliability, usability, and efficiency point of view.

Like any other form of testing, performance tests can also be executed using manual and/or automated ways. At the end of rigorous performance testing cycles, you would get a product whose features do not falter at a large scale.

Apache JMeter, LoadNinja, WebLOAD, EggPlant, etc. are some of the most popular automated performance testing tools.

Also Read – How To Plan A Foolproof Performance Testing Plan?

The normal question that many developers have is “Why should I do performance tests when I know that not many users would use my site (or application)?” As per our experience, this is a wrong notion since you never know when a large number of users would start accessing your site. And, these numbers will only grow once your site gains more popularity!

Here are some of the major differences when it comes to functional and non-functional performance testing.

In this form of testing, the output is compared with the expected output. Database, UI, client/server interactions, and many more functional areas are tested to ensure that the features work as expected at a large scale.

As a part of this testing strategy, the non-functional parameters like stability, reliability, usability, interoperability, etc. are tested for readiness. Even if one of the parameters falters, the product quality might take a hit.

It is important to run both functional and non-functional performance tests, as the combination will ensure that a top-performing product is released to the end users.

Security of websites (and apps) is an integral part of product quality. It is important to note that users wouldn’t want to use a product that is compromised on security. Security testing is used to unearth the potential security vulnerabilities in the system.

Product features that are not built for scale might falter when a large number of users are using the app (or website) simultaneously. For example, the traffic on e-commerce websites jumps by a huge margin during the holiday season since customers are on the lookout to buy products at a lesser price.

What if the customers witness slow page loads or other errors due to the increase in the traffic? Such an experience will not only result in loss or sales but will negatively impact your brand name (Source). This is where scalability testing comes into picture, as it helps you test the website features under different load conditions.

Number of simultaneous interactions with the server are also tested at scale to ensure that there is no deterioration on the performance.

Since there are various forms of performance tests, it is important to focus on the ones that add value when testing the product. For example, Stress testing is a form of performance testing strategy that lets you test the website (or app) under different stress (or load) conditions.

KPIs like throughput times, response times, etc. are checked to verify if the system performance is reinstated after there is a decrease in the load (or traffic). Memory leaks, CPU/GPU usage, RAM usage, and such other metrics are measured during the process of stress testing.

Shown below are the major types of performance testing:

Here is a simple infographic that covers all the forms of performance testing:

1. It is important to include performance testing during the early stages of product development. Since performance testing can be time-consuming, the tests must target features that might slow down under heavy loads. Developers and testers can work together to identify such scenarios.

3. At the early stages of testing, you would not have any performance benchmarks. In such scenarios, you should benchmark the performance against minimum acceptable performance standards.

4. Performance tests must cover all the relevant aspects of the product (i.e. database interactions, UI interactions, third-party services, and more) from a performance standpoint.

5. Reporting is an integral part of performance tests. Almost all the automated performance testing tools like Apache JMeter, LoadNinja, WebLOAD, EggPlant, etc. have built-in reporting. It is essential to leverage that feature to come up with performance test reports that can add value at every stage of the testing lifecycle.

Your product might have best in-class features but if they are not tested to work at scale, they are of no use! This is why performance testing is an inseparable part of the product testing cycle.