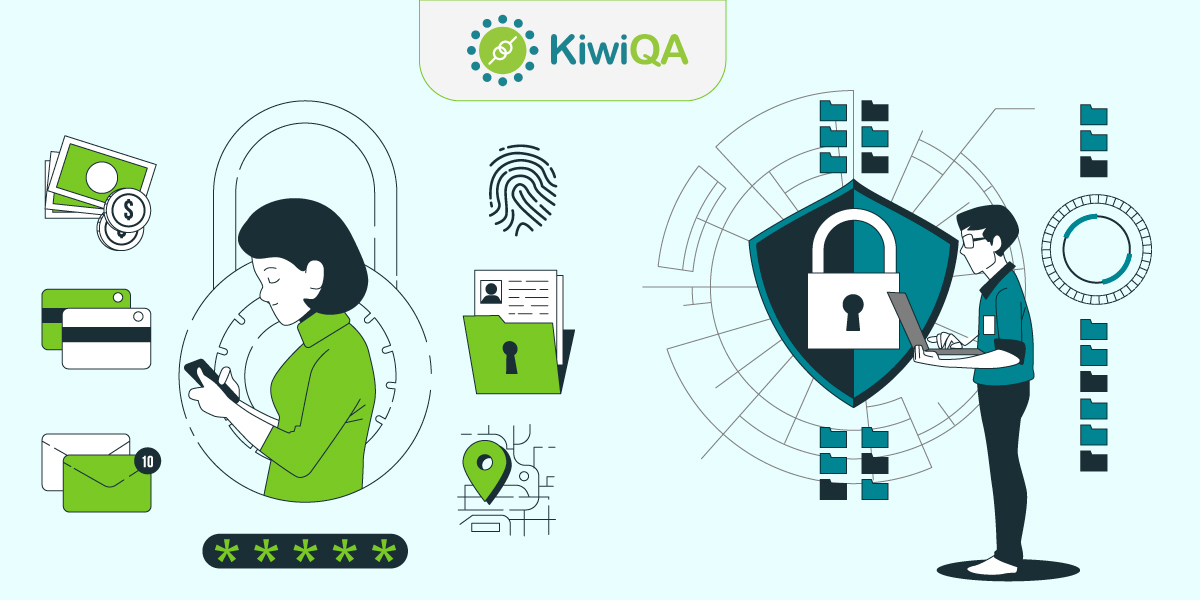 Software security has become extremely important in today’s times! No one would want to wake up to a news that mentions that there was a data breach in a hugely popular application. It is easy for malicious actors to target applications & websites given the fact there is a huge proliferation of phones & mobile internet.

The future is mobile! However, data breaches are on a constant rise, be it the infamous ParkMobile incident exposed data of close to 21 million[1] customers or the T-Mobile SIM swap attacks[2]. This is why app (and website) developers and enterprises must focus on creating a comprehensive mobile app security checklist.

Skipping security testing can be disastrous for the app developer(s) as well as the consumers of the application. As per our experience, it is essential to engage with an expert ​​security testing company in scenarios where you do not have in-house expertise in planning & execution of security tests.

By the end of this blog, you would also get to know about the differences between DAST, SAST, and IAST – the learnings of which will help you in choosing the best security testing approach for your project.

This is a form of black-box testing that is used for unearthing the security vulnerabilities and flaws in the application. Since the tests are a part of DAST are used for testing the features outside in, hence the form of testing is a part of black box testing.

Unlike other forms of security tests (i.e. SAST and IAST), tests under DAST are performed under a dynamic environment. It is extremely useful in locating the externally visible security vulnerabilities. DAST is the ideal choice of security testing in case you are planning to cover the top ten security risks from OWASP (Open Web Application Security Project):

Since DAST is instrumental in locating security flaws when the app is in the running state, it is best at finding server and authentication problems since they would require the user to log into the application. DAST can be a part of the security testing strategy laid out for the QA environment as well as the Production environment.

Netsparker, Acunetix, Detectify, PortSwagger, and MisterScanner are some of the most widely used Dynamic Application Security Testing tools. DAST tests all the HTML and HTTP access points. Hence, the security engineer (or security tester) must have immense knowledge about writing security tests that help locate security flaws on the client as well as the server side.

Unlike DAST that analyzes the application outside in, SAST analyzes the code inside out. Needless to mention that SAST is more suited by developers since the vulnerability analysis is performed at the code level.

As security is an integral part of the application development & testing, both DAST and SAST can be a part of the DevOps (or CI/CD) pipeline. Such a practice will ensure that security vulnerabilities (both static and dynamic) do not make way into the production environment.

Like DAST, developers need to have expertise in coming up with meaningful tests as a part of the SAST strategy. Depending on your budget and project requirements, you could choose either open-source or premium SAST tools.

Some of the widely used free SAST tools are SonarQube, GitGuardian, NodeJsScan, Sqreen, Synk, and OWASP ZAP. The choice of tools will also depend on the industry domain (i.e. e-commerce, fintech, banking, etc.) of your project.

Partnering with a company like KiwiQA that has provided a range of security testing services to a range of clients can help in making the most of DAST and SAST.

As seen so far, the ideal security testing strategy must encompass the benefits offered by DAST and SAST. Since SAST unearths the vulnerabilities at the code level, it helps in shipping out a more secure code. However, it would be suicidal if the application is shipped by just running Static Application Security tests.

This is where the benefits offered by DAST comes into the picture since it unearths the application vulnerabilities when it is in the running state. On the look of it, SAST generates better results but your security testing strategy is incomplete without DAST.

Interactive Application Security Testing (IAST) brings the best of both worlds – DAST and SAST. It is the ideal approach for security testing of modern web and mobile applications.

As far as the functioning of the ISAT is concerned, an ISAT agent instruments solutions that eventually helps in real-time analysis from inside the application. Interactive application security tests can also be performed from the IDE. It is easy for beginners to get started with ISAT since there is not much learning curve involved in the process. ISAT agents are super easy to install as well.

Since IAST tools instrument applications by deploying agents and sensors in running applications, they need to have access to the complete source code, data flow, frameworks/libraries/other components used by the code, and HTTP requests & responses. Since all the web (and mobile) applications comprise of the front-end and back-end components, IAST solutions would also need access to the back-end infrastructure to uncover security vulnerabilities in the back-end.

ISAT tools produce more accurate results, uncover security issues at scale by covering more code, and verify a wider range of security rules; something that cannot be achieved independently by DAST and SAST.

Though DAST and SAST offer a wide range of advantages, an ideal security testing approach must ensure that that application is well tested from all the respective angles. This is where ISAT can be useful since the ISAT agents help in locating security issues when the application is at rest and when it is in the running (or execution) state.

KiwiQA is an experienced outsourced QA vendor that has offered security testing services to a number of clients, thereby enabling them in reaping the maximum benefits offered by DAST, SAST, and IAST.